“When I last posted to the site it was January 2008. My daughter Zoe was 12 and had been on the antibiotic protocol (AP) for two years. I am pleased to report that she's now”

“One month ago, I couldn't . . . ZIP My own pants, DRY off after a shower, POP the top of a pop can, UNSCREW the cover of my truck's gas tank, TUCK under the” 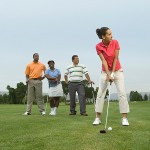 “In November 2000, three months after moving from New York to New Zealand, I was diagnosed with Systemic Scleroderma and Raynaud’s Disease. I was 41 years old. Symptoms had begun a few months before with”

“Looking back over the past year, it’s hard to believe I’ve come this far and that my life has pretty much returned to normal. My journey with systemic scleroderma began in May 2009, as I”

“How to start this... I was raised a Navy brat growing up on the eastern seaboard. Dad was typical navy sailor and we usually lived in Navy quarters. Growing up Navy dad would usually go”

“Our daughter was four months shy of her 11th birthday when she was diagnosed with systemic scleroderma in May 2006. The doctor who diagnosed her told us that she probably had had "below the radar”

“I am a single mother of three wonderful children and I was diagnosed with scleroderma in November 11, 2005, after several years of doctors testing me and trying to determine what was wrong with me.”

“My Fight And Recovery From Scleroderma In 18 months on A/P I am Dolores P. Rosner and this is my story. May 13th, 2007 - Happy Mother's Day. I was diagnosed with S/D in October”

“In 1999, lesions that had been developing for about 10 years on my adult daughter's upper arm and stomach were finally diagnosed as scleroderma. It was good to have a diagnosis but frightening when we”

Tell Us Your Story