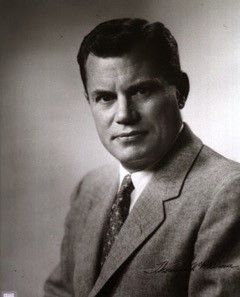 (1906-1989) was a renowned rheumatologist who, over a medical career spanning 50 years, pioneered antibiotic treatments for rheumatic disease. He treated over ten thousand patients, often inducing remission. 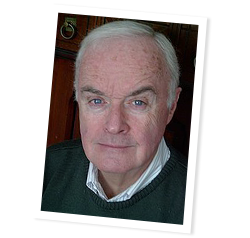 Brown attended John Hopkins University School of Medicine and, subsequently, undertook research at the Rockefeller Institute in New York. It was there that he conjectured a causal link between rheumatoid arthritis and cell-wall-deficient bacteria, called mycoplasmas. Exploring that link would define the rest of his medical career.

Brown held a number of prestigious research and teaching positions over the next few decades and, in 1970, stopped teaching to devote the rest of his life to researching the cause of rheumatoid arthritis and treating patients with the disease. He was a founding member of the American College of Rheumatology and a Trustee of The Arthritis Foundation. 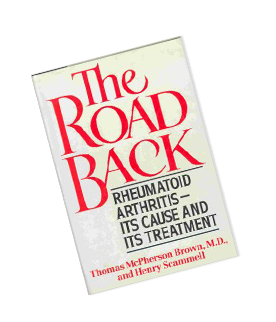 During his lifetime, Brown published approximately 100 papers on rheumatoid arthritis, its infectious origin and treatment. He fought an uphill battle throughout to get the beneficial effects of his antibiotic treatments recognized by the medical establishment, primarily due to the discovery of ‘the wonder drug’ cortisone in the late 1940s. The sometimes dramatic, short-term relief of cortisone put medicine on the track of relieving symptoms and the need to seek a cause became secondary. Physicians came to view the disease as autoimmune and arthritis research took a different turn, from which it has still not recovered.

In 1988, the year before he died, Brown published, with Henry Scammell, a book entitled The Road Back which documents his theories about the disease, his recommended treatment approach and how it works.

It outlines reasons for the difficulties in getting the treatment accepted by mainstream rheumatology and includes many patient case studies, including the first other primate model (Tomoka, a silver-back gorilla at the National Zoo, Washington, D.C.)

Road Back Foundation was founded 4 years after his death to preserve his legacy and continue the important work on the infectious origin and/or trigger for all forms of rheumatic disease and the treatment approach of antibiotic protocols.