Professor Emeritus Garth Nicolson discusses the role of intracellular bacteria and the relationship of such infections with rheumatic diseases in a Letter to the Editor (May 2017) in the Open Journal of Tropical Medicine. Identification of bacteria that are capable of parasitizing host cells, like Mycoplasma and Borrelia species, have been documented prolifically in the scientific literature. Professor Nicolson surmises whether these infections are simply coincidental bystanders, confusing the diagnostic picture as co-morbid infections, or if they play a critical role in the cause and development of rheumatic diseases, requiring targeted antimicrobial therapies.

What Role Do Intracellular Bacteria Like Mycoplasma Play In Rheumatic Diseases? 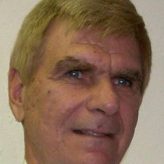 The pathogenesis of rheumatoid arthritis appears to be linked to immunological features of infection(s) involving host recognition of foreign antigens that mimic host antigens or host antigens that are incorporated into microorganism structures and the presence of localized immune complexes and the influences of environmental conditions. Standard long-term treatments for chronic infections like mycoplasma have yielded remissions, but not in every case. Thus, chronic infections like mycoplasma and other intracellular bacteria do not appear to be co-morbid conditions in rheumatic diseases.

The Institute for Molecular Medicine

Published with author’s permission and grateful thanks to:

Professor Emeritus Garth L. Nicolson is the Founder, President, Chief Scientific Officer and Research Professor Emeritus of Molecular Pathology at the Institute for Molecular Medicine in Huntington Beach, California. He is also a Conjoint Emeritus Professor at the University of Newcastle (Australia). He was formally the David Bruton Jr. Chair in Cancer Research and Professor and Chairman at the University of Texas M. D. Anderson Cancer Center in Houston, and he was Professor of Internal Medicine and Professor of Pathology and Laboratory Medicine at the University of Texas Medical School at Houston. Professor Nicolson has published over 650 medical and scientific papers, including editing 20 books, and he has served on the Editorial Boards of 30 medical and scientific journals and was Senior Editor of four of these. Professor Nicolson has won many awards, such as the Burroughs Wellcome Medal of the Royal Society of Medicine (United Kingdom), Stephen Paget Award of the Metastasis Research Society, the U. S. National Cancer Institute Outstanding Investigator Award, and the Innovative Medicine Award of Canada. He is also a Colonel (06, Honorary) of the U. S. Army Special Forces and a U. S. Navy SEAL (Honorary) for his work on Armed Forces and veterans’ illnesses.