Beverly Price is a registered dietitian and certified yoga therapist, offering private nutrition counseling in the Detroit area of Michigan. A scleroderma and polymyositis patient, Beverly found that careful diet was an essential element in her return to health and that after starting antibiotic protocols (AP), 20 years ago, she was able to achieve sustained remission. As a registered dietician, she shares dietary strategies to assist others with autoimmunity to achieve whole body health.

To read Beverly’s AP remission story from both scleroderma and polymyositis click here. 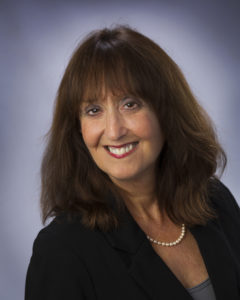 Flaxseeds contain 100-800 times more lignans than that of other foods. Flax has also been coined as a functional food. The Institute of Medicine of the National Academy of Sciences has defined functional foods as those that contain food or food ingredients that may provide a health benefit beyond the traditional nutrients, while the August issue of Food Processing magazine lists functional foods as the leading trend in the food industry today.

Flaxseeds are small, flat and brown in color. They have a nutty flavor and were originally discovered by the Greeks and Romans for their laxative effect. Flaxseeds are 41% fat and 21% protein. The fat content is 9% saturated and 18% monounsaturated with 16% omega-6 fatty acids and a whopping 57% omega-3 fatty acids or alpha linolenic acid. The amino acid composition is similar to the soybean. Its fiber content is 28% with a combination of soluble and insoluble fiber.

Flax is the richest source of plant lignans, which is a type of phytoestrogen that act like estrogens but can bind to estrogen receptors. In this way, lignans can regulate the body’s estrogen production in a way similar to isoflavones in soy products. Lignans may also inhibit the growth of breast, prostate and colon cancer and may also improve bone density.

How does flax work? Throughout history, people consumed more omega-3 fatty acids than omega-6 fatty acids. Unfortunately, our eating habits have changed so that we are now eating a greater proportion of omega-6 fatty acids, found in abundance in grain fed livestock and processed foods, especially if they are made with corn, safflower and sunflower oils.

What does this mean for your health? In the body, omega-6 fatty acids are desaturated and elongated to gamma linoleic acid. Gamma linoleic acid is then converted to a fatty acid called arachidonic acid which causes the production of thromboxine A2 signaling platelet aggregation, implicated in cardiovascular disease. In addition, leukotrines are derived from arachadonic acid which attract leukocytes to endothelial cells and are implicated in autoimmune diseases such as chronic fatigue syndrome, rheumatoid arthritis, psoriasis, inflammatory bowel disease along with asthma.

Omega-3 fatty acids are metabolized in the body into metabolic byproducts known as eicosanoids along with prostaglandins. Eicosanoids have been implicated in stimulating growth hormone secretion which promotes muscle growth. Prostaglandins such as eicosapentaenoic acid (EPA), and docosahexaenoic acid (DHA), and Gamma linolenic acid (GLA) have been shown to regulate blood pressure, decrease blood clotting, and cause blood vessel dilation. This can result in a profound reduction in the impact of inflammation on cardiovascular disease, lung function, autoimmune conditions, and metabolic abnormalities including diabetes. DHA is found in high concentrations in fish as well as flax. Many individuals who feel that the world fish population is under threat prefer to consume DHA in flax and foods of non-animal origin for this reason.

The same mechanism, described above, reduces inflammation. Following a local tissue response to injury by viral, bacterial or foreign protein, endothelial cells release platelet aggregating factor which is a fatty acid derived from phosphoslipids of cell membranes and a potent platelet aggregater that attracts platelets. These platelets release thromboxane, which promotes symptoms related to tissue inflammation such as joint pain and swelling. Platelets also attract macrophages, which are scavengers of the immune system, that release cytokines, tumor necrosis factor and interleukin-1 (IL-1) which are found in large concentrations in patients with rheumatoid arthritis. Therefore, including foods rich in Omega-3 fatty acids can counter this process.

Eating foods high in omega-3 fatty acid, such as flax, increases alpha linolenic acid in cell membranes between two and eight-fold. Eating flax interferes with conversion of linoleic acid to arachadonic acid and displaces it from phospholipids in cell membranes. This results in less platelet aggregation and vasodilatation of blood vessels. Flaxseeds have also been shown to reduce blood cholesterol and low-density lipoproteins (LDL). Note that individuals who suffer from idiopathic thrombocytopenic purpura (ITP), which causes autoantibody attacks on platelets, leading to reduced blood-clotting ability, should not consume more than 3 grams (slightly less than one teaspoon) of omega-3 fatty acids. If you are taking a blood thinning agent, consistency of your diet, from day to day, is most important.

A poor ratio of omega-3 fatty acids to omega-6 fatty acids can increase your risk of heart disease, cancer, immune and inflammatory disorders, including rheumatoid arthritis. This could explain why individuals with autoimmune conditions in the rheumatoid family such as lupus, fibromyalgia, scleroderma, arthritis and multiple sclerosis fare better on a vegetarian diet as it provides a higher ratio of omega-3 fatty acids which aid in improving joint pain. In lupus nephritis, omega 3-fatty acids block the formation of cytokines and thromboxine A2. In turn, this decreases inflammation and improves kidney function through improved glomerular filtration. In addition, patients with autoimmune disease and menopausal women show improvement upon taking primrose, borage oil or black current oil because of their high GLA content.

The National Cancer Institute has acknowledged flax as having a unique phytochemical profile and is being studied in cancer prevention. In addition, the macrobiotic diet with its use of whole grains and vegetables has a high lignan content. At the Kushi Institute, a study is under way to look at the efficacy of the macrobiotic approach to management of cancer from a grant by the Office of Alternative Medicine. Preliminary results indicate that individuals who undergo chemotherapy have fewer side effects from the treatment and show more rapid improvement when following a macrobiotic diet.

You can find flaxseeds in natural food stores, although they have made their way into most traditional supermarkets that also carry multigrain breads and baked goods. You can buy flax seeds whole, grind in a coffee grinder and incorporate them into bread, sprinkle on yogurt and salads, cereals or incorporate into smoothies. You can also purchase flaxseeds that are already ground into flax meal. Whole seeds can be kept for six to twelve months a room temperature, but the ground flax needs to be refrigerated and eaten within a few weeks or can be frozen for up to six months.

Researchers suggest 10 – 25 grams of flaxseed per day provides maximum health benefits. This is equivalent to approximately 1½ to 3 ½ tablespoons per day. Flaxseed oil is also available, but does not have the same potency as the seeds, as the lignan is extracted from the fiber factor. Fish oil supplements are not recommended, as there have been reports of contamination.

Sound confusing? As a registered dietitian, I can help with clarity and individual recommendations.