In this excerpt from her book, Katherine Poehlmann, PhD, describes the adaptive nature of mycoplasmas and similar cell wall-deficient microbes, called L-forms, and the role they may play in autoimmune pathogenesis. She details how these microbes survive, with or without a host, their opportunistic, long latency capability, how they can provoke host antigenic responses, their predilection for certain human tissues to exploit those with weakened immunity, their shape-shifting and antigenic-mimicry capability to elude host immune responses, and how they can inhabit and rewire host cells to do their bidding. In conclusion, she offers a clear rationale for Dr. Thomas McPherson Brown’s mycoplasma and L-form-suppression treatment, using tetracycline antibiotics. 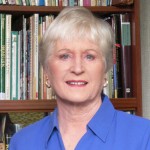 We carry mycoplasmas and L-forms with us as remnants of childhood infections such as pneumonia, strep throat, bronchitis, rheumatic fever, or other early illnesses. Mycoplasmas are not viruses, since they do not require living cells in which to grow. Mycoplasmas are included within a separate class (Mollicutes) of bacteria because they have lost the ability to develop a cell wall. This makes them harder to see and much harder to culture in vitro. They are specifically adapted to certain cellular environments by their genetic nature, which is quite robust in its complexity, having adapted and evolved over millions of years.

Fastidious microorganisms such as mycoplasmas often lie dormant in the joints or in the organs, waiting for conditions to be favorable for replication as intracellular invaders. This opportunistic latency explains conditions such as Rheumatoid Arthritis (RA), Chronic Fatigue Syndrome, or Gulf War Illness, which only seem to strike suddenly. It also reveals the error of the traditionally held autoimmune disease theory that the apparently healthy, infection-free body mysteriously decides to attack itself.

It is not necessary for the whole mycoplasma micro-organism to be present for a reaction in a joint or tissue to be provoked. Mere fragments are sufficient to create a powerful antigenic reaction that causes the body to produce antibodies to counter it. These antigens are constructed by the host’s cells from bits of pathogenic protein and cellular proteins called major histocompatibility complex (MHC) molecules. The processing and assembly of antigens are the keys to understanding the flexibility, specificity, and thoroughness of all immune responses. The antibody reaction may be mainly against a “host antigen” carried on the mycoplasmal membrane.

The affinity of mycoplasmas or L-forms of cellular bacteria for the tissue and fluid of the joints has been recognized since the 1890s. Experiments by Dr. Thomas McPherson Brown and Jack Nunemaker in the 1930s demonstrated that the L-form they studied was a variant of the streptobacillus organism. The cellular bacteria was able to lose its capsule and cell wall and enter a state in which it could become invisible, pass through a filter, and return to the parent form, re-growing its cell walls. Chlamydia is another example of a bacterial organism capable of both walled and wall-less states. L-forms can reproduce but the rates are slower than that of the cellular form.

This cloaking capability explains how L-forms are able to “go underground,” transmutate, and re-emerge after the immune system attack on the bacterial form has subsided, returning to assault injured cells again, aggressively. An immune system weakened by addictive drugs, anti-depressants, or improper diet is unable to produce the quantity and quality of natural antibodies to stave off this new attack.

Viruses are also able to manufacture proteins that switch off or dampen cellular immune responses. This explains why the common cold can cause a Streptococcus flare. A virus’s DNA is capable of infecting or destroying a cell, eluding the immune system by mutating and gene swapping.[1]

Studies on ear infections in children concluded that L-forms as atypical forms of bacteria may play an important role in the bacteriologic aspect of secretory Otitis media. Researchers pointed out the failure of conventional culture methods to identify the responsible pathogen(s). Further, their findings showed that some agents are capable of changing bacterial behavior and consequently the clinical course of action. A Russian study  identified persistent bacterial forms that performed antigenic mimicry or otherwise protected themselves against the host’s immune system response.

There are several reasons why mycoplasma infection can play a role in autoimmune diseases:

Dr. Brown and his colleagues accumulated significant evidence that mycoplasmas and their CWD L-forms were at the root of RA, as seen in the impressive list of published laboratory results included in The Road Back.[2] They discovered that tetracyclines were a group of antibiotics that could kill or radically suppress mycoplasma and L-form growth in the laboratory. They also found that tetracyclines, together with antihistamines, could relieve RA patients’ symptoms when given in a low, controlled dose over a long period (months to years). Dosage and duration depended on the severity of the condition.

In the most serious RA cases, Dr. Brown began with intravenous tetracycline, then transitioned to lower levels after the patient’s symptoms had subsided. Where there were other bacterial complications adding to the sensitizing process, Dr. Brown advised using other antibiotics specific to those organisms. A combined antibiotic assault on multiple pathogens is commonly used by clinical specialists treating pleomorphic organisms causing Lyme Disease.

CWD forms of bacteria often have latent and intracellular forms that antibiotics do not reach. Intravenous ascorbic acid (vitamin C) can be used to kill intracellular-infected host cells and tumor cells. Unfortunately, few doctors understand the pharmacokinetics of ascorbic acid and its short half-life.

Dr. Brown’s research findings explain why arthritis remedies such as quinine, bee venom, gold salts, and copper have been used over many centuries: it is because these substances have also been found to be effective in suppressing the growth of mycoplasmas in vivo.

Excerpted from: Arthritis and Autoimmune Disease: Finding and Treating the Many Causes of Chronic Fatigue and Inflammation (Satori Press, 2012) pp, 86-90, by Katherine Poehlmann, Phd, and Karl Poehlmann.

[2] The Road Back by Dr. Thomas McPherson Brown and Henry Scammell, published in 1988, is now out of print. However, the full text of this book is contained in Scammell, Henry, The New Arthritis Breakthrough: The Only Medical Therapy Clinically Proven to Produce Long-term Improvement and Remission of RA, Lupus, Juvenile RS, … & Other Inflammatory Forms of Arthritis (M. Evans & Company, revised edition, 1998).