The enormous cost of human life and the huge burden the opioid epidemic has placed on the American economy is detailed by Katherine Poehlmann PhD, as she describes the astounding statistics and full extent of this national crisis. As rheumatic patients may be routinely prescribed opioids to alleviate excruciating disease symptoms, she provides effective solutions for pain relief that can also safely reverse dependence on this addictive class of pain relievers. 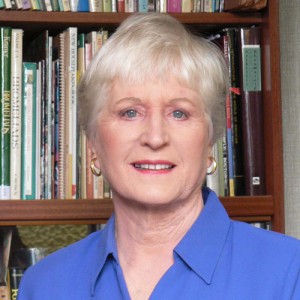 When a patient leaves the doctor’s office with a prescription for painkillers, it would seem that everybody wins – the doctor is a hero for solving the problem, the patient is happy to have pain relief, and the drug manufacturers make a profit.

Sadly, the win is temporary. It is becoming increasingly common for patients to become dependent on painkillers. More than 1 in 3 Americans were prescribed opioids in 2015. About 1.9 million Americans (0.8 percent) reported full-fledged opioid addiction.

Opioid overdose deaths rose 28 percent in 2016, to 42,000 men, women and children. To visualize this statistic, imagine 100 airplane crashes per year, with 420 fatalities per crash. Some 2.6 million more Americans are addicted to opioids. This is a solvable problem.

The impact on the American economy annually in terms of lost earnings and employment, health care costs, and the criminal justice system was estimated to be $78.5 billion in 2013, up from $55.7 billion in 2011. Statistics for overdose death rates and suicides are alarming. Loss of life alone costs the U.S. economy an additional $100 to $150 billion per year. Researchers estimate that pain costs the United States (U.S.) between $560 billion and $635 billion each year in treatment costs, lost wages, and missed days of work.

In 2016, the Centers for Disease Control and Prevention (CDC) issued guidelines for prescribing opioids for chronic pain, with exceptions for serious cancer treatment, palliative care, and end-of-life care. This caused considerable anxiety among patients who argued that opioid therapy was needed to assure their “quality of life.” Because that term is vague and difficult to define, it could very well mean “dependency.”

The CDC’s guidelines emphasize weighing the benefits and risks for before prescribing opioids, but they do not restrict the amount a doctor can prescribe. Patients pleading for pain and addiction relief might be able to convince a well-meaning doctor to over-prescribe.

Reliance on these powerful drugs and a significant (80%) increase in deaths from synthetic opioids like fentanyl has led to a national crisis.

What are some of the factors leading to this crisis?

Can opioid addiction be reversed?

Methadone anti-drug therapy has been tried for many years with limited success. Using an addictive drug to cure drug addiction is a failure. Naloxone has been proposed as a means to wean away from opioids, but it is also addictive; while it reduces the high, it reduces the withdrawal misery. Vitamin C (ascorbic acid) works just like Naloxone without harmful side effects (abnormal heart rate and rhythm, troubled breathing, fluid retention in the lungs, cardiac arrest, increase or decrease in blood pressure).

In the 1970s, Dr. Alexander Schauss theorized that opioids bind to specific opioid receptors, and that Vitamin C can also bind to these receptors, thereby blocking the neuromodulatory effect of the opioid. He had great success curing heroin addiction with high doses of vitamin C (as sodium ascorbate). Dr. Janice Keller-Phelps, M.D., the medical director of the King County Center for Addiction Services, was skeptical at first, but was convinced when she saw dramatic results with long-addicted heroin addicts.

The National Institute for Drug Abuse and Alcoholism (NIDAA) interviewed many of Dr. Keller-Phelps’s patients but refused to endorse the proven vitamin C treatment. This was because the NIDAA was a proponent of Methadone for opiate withdrawal and was studying and promoting another semi-synthetic partial opioid antagonist called Suboxone. In 1990 the NIDAA partnered with the manufacturer to bring Suboxone to market, and the FDA (Food and Drug Administration) approved it in 2002. By replacing one opioid for another, former heroin addicts are now dependent on Methadone or Suboxone.

Withdrawal from all kinds of narcotics can be done simply and easily under supervision of a functional or integrative medicine physician using Dr. Schaus’s protocol. Dr. James Howenstine has also been concerned with drug addiction and asserts that addiction reversal is possible with vitamin C. The usual precaution for large doses of vitamin C is to consume many small 3-gram doses to “bowel tolerance.” Vitamin C in the liposomal form is sometimes better-tolerated; it is encapsulated in a lipid (fat) layer, which helps absorption, preventing upset stomach and is even more powerful than the intravenous (IV) form. Both forms, IV and oral, should be taken together for maximum benefit.

Opioid withdrawal requires a detox phase. Vitamin C helps eliminate or reduce withdrawal pathologies, including the narcotic-produced high and the cravings. Drs. Kalokerinos and Dettman describe the success of non-toxic orthomolecular ascorbate treatments for drug addiction and overdose, as well as other serious medical conditions.

Dr. Thomas Levy, MD, JD has written extensively on nutritional strategies and vitamin C protocols. After many years of research and practical application, he has a wealth of information and knowledge to offer those who are suffering degenerative diseases, autoimmune conditions, or any other kind of toxicity. His book, Curing the Incurable, is an outstanding reference. Three of his books are available as e-books from the publisher at no cost.